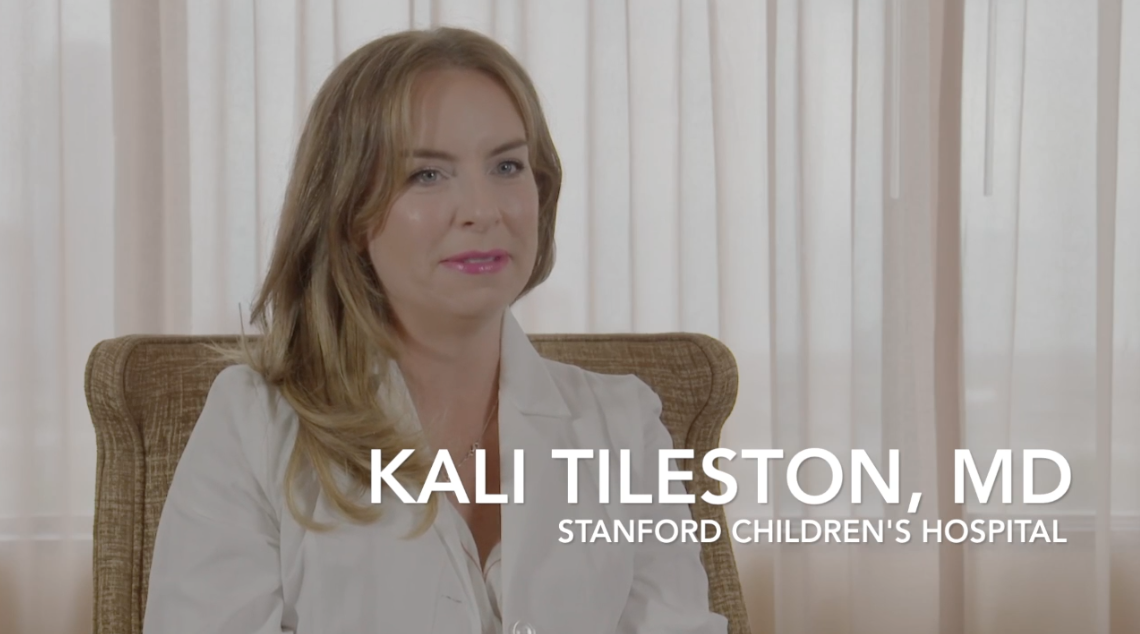 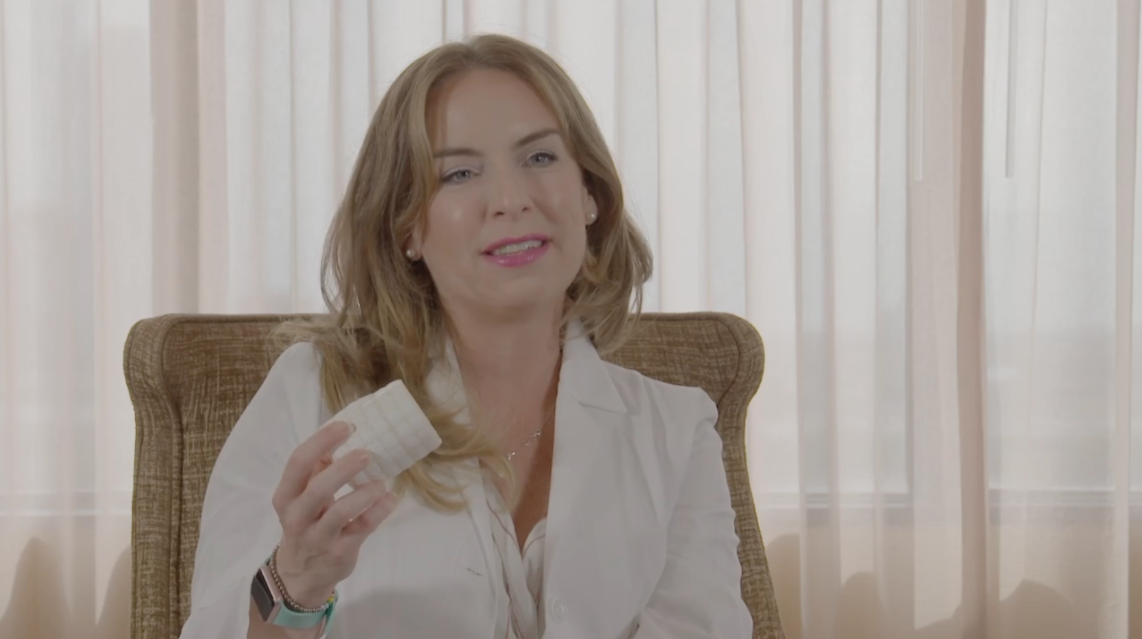 AquaCast Liner: How has medicine and treating patients changed in your years of doing this?
Dr. Kali Tileston: So I'm a relatively young surgeon, so there's always things coming and going and things that are evolving over time. But I think that  we have become more interested in getting kids back to the things that they want to do as fast as possiblemore recently in my career. And so that has become sort of a tenant of many of the things that we do in our practice.

AquaCast Liner: How do you balance what you learn it in school with new technology?
Dr. Kali Tileston: So I think that it's important to not be the first adopter of something, but don't be the last. And so I think you need to look at the evidence of what things are being created andsort of help be an innovator and be a researcher and look at things with a critical eye, but always want to push the field forward.

AquaCast Liner: When it comes to a fracture, there are a lot of options. Why do your patients like having a waterproof cast option?
Dr. Kali Tileston: My patients love having a waterproof cast option for many reasons. And the younger kids, they tend to be at school, they're doing water play. The parents don't want to have to worry the teachers about it. And then, and the older kids, they don't want their parents showering them. And so giving kids a water and parents, a waterproof option makes a huge difference on their family life, and their ability to interact with their friends and go to school and still live their normal life while they're in car.

AquaCast Liner: How does a waterproof cast help in dealing with the mental trauma of a fracture?
Dr. Kali Tileston: When I see patients, the parents come in and they're worried about all the bathing and they've oftentimes been in a splint. So they've already gone through the painfulness of having to bag the arm while they're treating this fracture. And then they get the option of not only a waterproof cast, but also a color waterproof cast. So then they can show their friends. They can alsogo in the pool with their friends in the summer. It's really important. I live in California, so they want to be able to go to the beach, and they have swim camps and they want to do all of the things that they want to do with their friends. And especially with COVID, it's been really important for them to be able to wash their hands appropriately. And soalmost all of my kids who have upper extremity fractures get that during COVID time so that they can be very good about sanitizing their hands, so that as we're getting kids back to school, that they're not transmitting anything that they shouldn't be.

AquaCast Liner: Why do you use AquaCast Liner?
Dr. Kali Tileston:
I use AquaCast because families come into my office really being worried about what the next several weeks of their life is going to look like. And it provides them an option so that they can really truly live their life as it was before this fracture. And it makes everybody's life so much easier.And it really enhances their,feeling of how their care went and how their healing is going and makes the parents and the children much more accepting of the idea that they need a cast.

AquaCast Liner: What procedures do you use AquaCast Liner for?
Dr. Kali Tileston: I use AquaCast for most forearm fractures, including any fractures that require a long arm cast. Um, I use it for long leg casts, uh, so that they can shower, especially in the pre-teens. Um, and then I use it in my spika cast because I think it's really important that in kids who don't have blah bowel and bladder control, that their parents are able to clean that cast so that we keep them as clean as possible.

AquaCast Liner: Can AquaCast be used for Hip Spica casts?
Dr. Kali Tileston: So as a mother, I have young kids, and I know that if my child was in a Spica cast and I was trying to manage the diapering, the double diapering, the blowouts that we all know our kids have on top of trying to carry around a 20 pound child that is now an extra 10 or 15 pounds heavier because of a cast that would just put me over the edge. And so, you know, I really want the families to keep, they want to keep their kids clean. They, want to be able to feel like they're doing all the things that they can do for the kids. And I, I really think that it makes their lives so much better to know, and it just settles them as they're leaving the hospital to know that if they needed to clean their kid off, they would be able to do that. so for me, it's really important that the kids in this Micah are, do have the, AquaCast liner.

AquaCast Liner: What makes AquaCast different?
Dr. Kali Tileston: AquaCast is different because it rolls on very similar to the Webril that we're used to using. So it's really easy for my cast tech to put on AquaCast without my supervision. it's padded, it's got the little checkers to it, so it's really easy to show people how to use it. And then they remember really fast how to use it. it lays down nicely. It sticks to the fiberglass material really nicely, and it allows the water to drain out and doesn't absorb the moisture. So it dries out very, very fast.

AquaCast Liner: Is AquaCast Liner harder to apply and use?
Dr. Kali Tileston: So in my opinion, AquaCast is actually easier to apply than Webrilbecause it doesn't wrinkle quite as much as the traditional, under patting wood. And then you also don't have to put the cotton liner that we put on. So it takes away a step that we would normally do to finish a cast. So I actually find that it's faster and a little bit easier to put on than traditional liner.

AquaCast Liner: How important is hygiene right now?
Dr. Kali Tileston: Hygiene is incredibly important right now. I really encourage all families to have their kids and waterproof casts so that they can wash their hands, that we're not passing things on that we shouldn't be. And I've really pushed my partners and colleagues to put on waterproof casts so that the kids can wash their hands as they're going back to school.

AquaCast Liner: What's your favorite thing about AquaCast?
Dr. Kali Tileston: There are so many things that I love about AquaCast. One is the ease of use and the ease of application. And two is that the kids are just so happy to know that they can shower and bathe and swim and just have a normal life while they're in a cast. So not only does it make my life easier, it also makes my patients and their parents life so much easier.

I love AquaCast because it really allows my patients to live their lives normally as they would, when they're in a cast and really get back to this sports and activities that they love to do.

AquaCast Liner: Is AquaCast as good as cotton padding?
Dr. Kali Tileston: So in my professional opinion, AquaCast is just as good as the cotton padding that we normally use. And it really changes the lives of my patients. And so I think it's a great option for all families to have.
(855) WET-CAST or (855) 938-2278   |    CustomerService@AquaCast.com